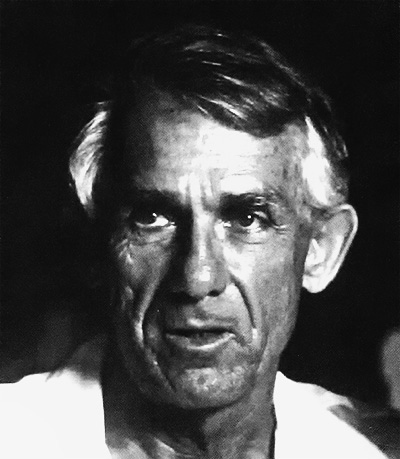 Raised on the shores of Black Point since 1923, John Kelly will be remembered as a surfing pioneer, ocean guardian, and tireless community organizer. Together with his wife, Marion, John worked to end the nuclear arms race, protect Hawai'i's shoreline from destructive developments, and support Native Hawaiian sovereignty.

John was among the first surfers to surf massive waves on the West and North Shores of O'ahu. He changed the sport of surfing forever through his invention of the "hot curl" and hydroplane surfboard designs. He was also an accomplished musician with a degree from Julliard, a published author, and respected educator.

In 1940, John was drafted and opted to join the Navy to stay close to the water. He was almost shot during the attack on Pearl Harbor and risked his life to retrieve an unexploded bomb off the coast of Kaho'olawe by free-diving in 70 feet of water. For that, he was awarded the U.S. Navy's highest commendation. But the horrors of war haunted him, and immediately after his discharge John began advocating for peace and social justice.

Together with Patsy Mink, John helped organize the Hawai'i Committee for a Sane Nuclear Policy. John watched the night sky light up in 1956, when the U.S. detonated an atomic bomb over Johnston Atoll. The shock of that event motivated him to organize people around the world against the use of nuclear and hydrogen bombs.

As a result of his politics, John also had the activist-honor of losing multiple jobs for acting on his principles. "I got fired from four jobs for telling the truth," John once said, "so I figured if I couldn't support my family telling the truth, I was gonna kick ass."

And in 1964, he helped found Save Our Surf, an organization that is credited with protecting more than 140 surf spots in the Hawaiian Islands, with over 35 victories on behalf of ocean users. With the aid of an antiquated printing press in the basement of the Kelly home, Save Our Surf volunteers produced hundreds of leaflets to help educate and organize citizens to confront decision- makers. Steward Udall, President Kennedy's Secretary of the Interior said Save Our Surf "is undoubtedly the swingingest — and surely one of the most effective local environmental groups in the whole country."

On March 17, 1971, Save Our Surf organized an event at the State Capitol to defend the surf spots threatened by ill-planned construction projects. More than 2,000 people attended. The following year, after securing many victories, including Sand Island Park, over 3,000 people packed the Capitol rotunda in support of Save Our Surf's agenda. They sent a small delegation of surfers to present the people's demands to each legislator. To thwart this effort, the senate president ordered staff to close all of the doors and not let the surfers in. But the people made their voices heard nonetheless. In unison all 3,000 people began to jump up and down, slowly shaking the entire building, causing the cement to crack. As the legend-goes, when the police came to break up the demonstration, John told them through his warm smile, "You go up to your boss, Governor Burns, and you tell him when he stops pouring cement on our surfing areas, we'll stop cracking cement here at the state capitol."

Cracks can still be seen in the rotunda floor today.

John Kelly is survived by his wife, Marion, three children, two grandchildren, and the people's movement he worked to build. 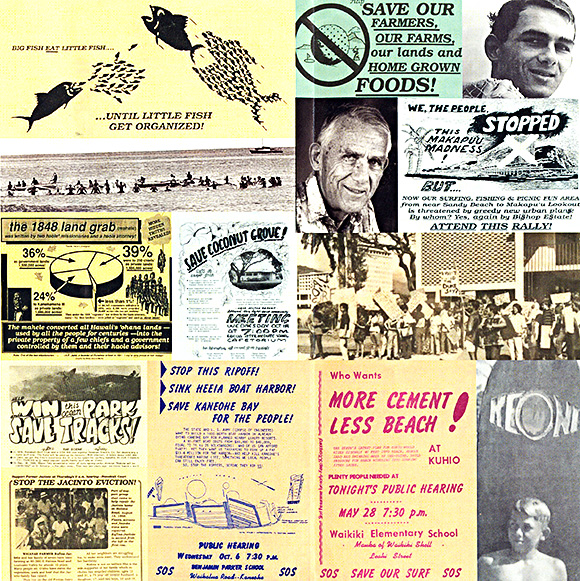